Lending After the Pandemic: The Long Road Ahead 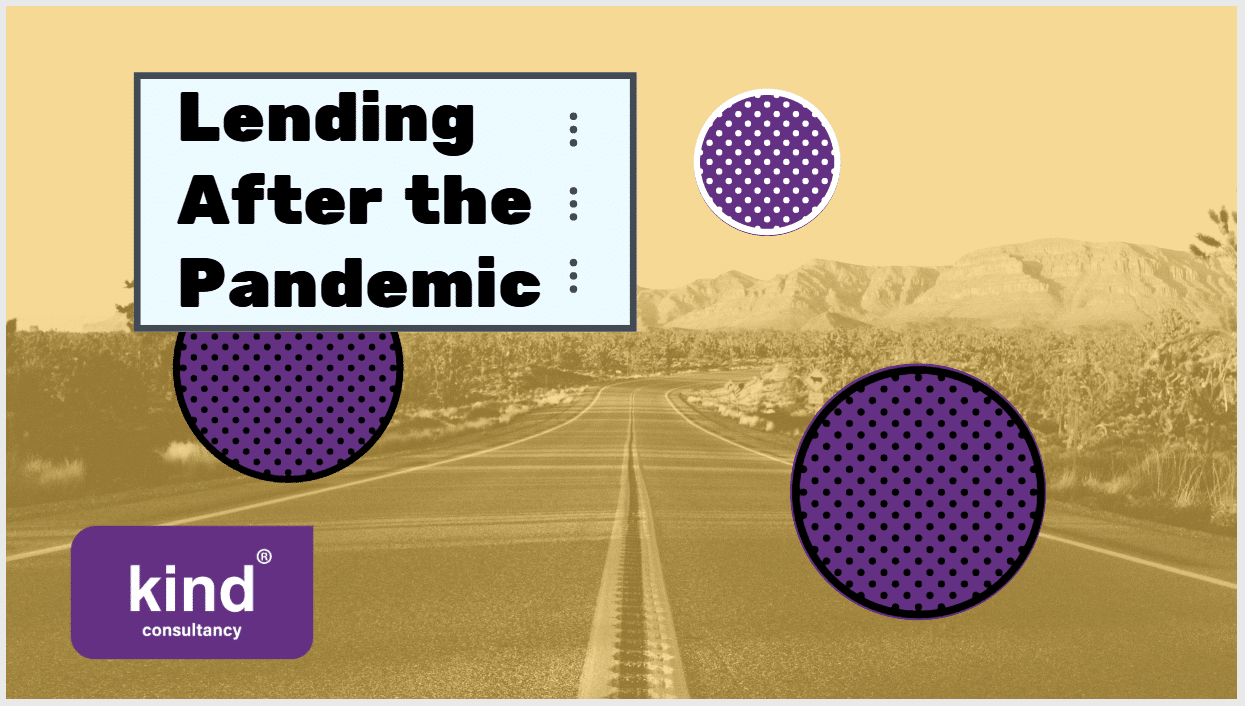 Late last month the Treasury announced a three-month extension to the mortgage payment holidays they had brought in to help homeowners through the pandemic. With so many people furloughed, made redundant or unable to work, the mortgage payment holiday scheme allowed them to defer mortgage payments from March for three months. As the end of the respite period drew near for the first wave of applicants, regulators and consumers raised concerns about a “cliff-edge” effect with many households facing monetary problems just as bad, if not worse, as when the virus first struck.

To help these people out, consumers on a three month mortgage holiday can now add an extra three months on to the break – but they will need to pay for the period in full afterwards, and a longer holiday will lead to a higher bill later on. With the scheme currently running until October, there are some concerns being raised about consumers who have not yet applied who could end up in a difficult position.

For example, if someone is currently furloughed and ends up being let go and only then decides that they need to take the mortgage holiday later in the year as an emergency measure rather than a preventative one, they may face great difficulty paying for those months when the holiday ends.

All of this has a variety of ramifications throughout the Financial Services industry, some of which we’re already seeing and some of which will be much more long term. One in nine mortgage holders in the UK has taken a mortgage holiday, that’s roughly 1.2 million people, constituting a major change to the mortgage landscape.

The initial three month holiday does not currently affect credit ratings – but some industry figures including Nationwide chief executive Joe Garner have said that they do want to see credit files marked if someone also takes the extension. Talking to the BBC, he said he didn’t want to see a “big black mark” against lenders but some sort of temporary “middle way” that would alert lenders if “someone is struggling” and prevent them from taking out extra loans which they would then have difficulty paying back. At the time of writing, no decision has been made on whether having an extension on a mortgage holiday will carry an effect on a consumer’s credit score.

A counter-argument to this is that a person who previously had very good credit could be temporarily in a difficult financial situation because of the knock-on effects of the Coronavirus pandemic and become designated as a vulnerable customer or a risky lending prospect when in reality they will rapidly bounce back from this short term dip. With the FCA being very vocal about vulnerable customers recently, lenders have every reason to be cautious about customers who have been put in a precarious financial position over the last few months – but it’s possible we’re going to see complaints generated by customers who believe they’ve been wrongly designated as vulnerable. (Click here to read my recent blog post about the FCA 2020/2021 Business Plan, highlighting key points to be aware of right now)

There’s a big rise in customer contact activity across the lending sector in fact, with one key issue being delays. The sheer quantity of calls relating to mortgage holidays has overwhelmed understaffed businesses, many of which are currently operating well below their usual headcounts due to the ongoing Covid-19 situation.

With the announcement of extensions, there has been another surge in calls, and another wave of consumers facing delays and businesses facing huge amounts of administrative work. If a consumer has been unable to get in touch with their lender as quickly as they needed to get their mortgage holiday in place or extended in time, that is going to easily lead to another source of complaints – and with many organisations temporarily furloughing or permanently reducing the size of its complaints teams, there may not be the resource available to quickly handle it, particularly within regulated time frames, creating a knock-on effect of further delays and ensuing complaints.

The Kind team have been discussing this issue with our industry contacts, including a conversation at our recent ‘Challenges of COVID-19’ round table, and some organisations feel they have the multi-skilled staff they can deploy in case of complaint spikes, but others do not feel they have people who are properly trained and equipped to jump straight into a complex complaints situation without specialised training.

There could be difficult times ahead too in the commercial sector, with a report published this week by financial lobbying group ‘TheCityUK’ suggesting that up to £36 billion of emergency loans given to small businesses for pandemic related reasons are at risk of becoming toxic, unsustainable debt. With many small businesses looking at a dangerous combination of furloughs, downsizing and downturns in business activity, they’re very reliant on these loans and the next year will see some of those businesses struggle to claw their way back to normal function and profitability.

Mathew Kind, Director of Kind Commercial has seen many commercial lenders quickly becoming much more cautious and some of them facing similar administration delays due to lower staff levels as we’ve seen in the consumer sector. In the most extreme cases, those delays can cause a buyer to lose a property, potentially giving them grounds for a very serious complaint. Following the decision to allow small businesses to complain to the Financial Ombudsman Service in April 2019, and this could be a big area for Ombudsman complaints in the second half of this year and into 2021.

The need for skilled call handlers, complaint handlers and collections staff is at risk of rising across the year, as the entire industry deals with the aftermath of the situation we’re in right now. Kind Consultancy is continuing to work throughout the current pandemic in supplying businesses across the Financial Services and Banking sector with highly talented complaints staff with extensive experience and expert-level knowledge, therefore we have the first-hand industry understanding necessary to guide you through the weeks, months and years that lay ahead of us as we all work towards returning the sector to full strength.

If your organisation is already facing or is concerned about the capacity and capability of resources to manage sudden surges, please reach out to Selena Tye on 01216432100 or selena@kindconsultancy.com for a confidential conversation about ways Kind Consultancy may be able to assist you, including but not limited to the recruitment of interim resource.

Kind Consultancy is an executive search and recruitment firm specialising in permanent and interim roles within the Governance, Risk, Compliance & Complaints space across Banking & Financial Services. Follow us on LinkedIn for all of our latest news and opportunities.