Datathletics: The Internet of Sports 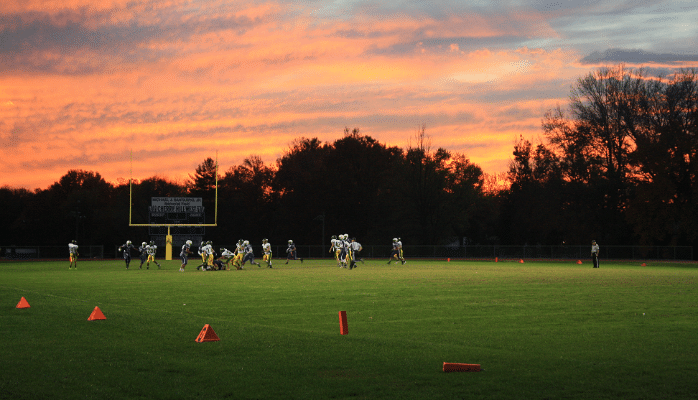 So many discussions about the Internet of Things focus on the potential effects on business, the home or transport, but IoT could soon reshape so many different aspects of modern life. Outside of technology, one of my own greatest interests is sport, and even at this early stage of IoT development, we’re seeing a number of projects that could completely change how we watch and play sports.

Cisco’s “Connected Athlete” project takes data from sensors in a player’s shoes and transmits it via the stadium’s  WiFi. The core purpose is for coaches and teams to closely monitor performance, but thanks to IoT technology, this data can also be sent to fans and broadcasters, allowing up to the minute in-depth analysis.

For the fans in the stands, Accenture have been trialling a wearable concept in which a headset provides live statistics and analysis pop-ups (sourced using the aforementioned athlete monitoring technology) in a manner that allows fans watching live in person to get the same data-rich experience of a game that up until now has only been available via commentary teams when watching at home.  Accenture has talked about future plans to allow users of their headset to quickly check scores from other games, and to enable ordering food and drink directly from their seats without missing a second of the game.

Unsurprisingly the ability to order refreshments from the stands is also something that sports stadiums in the US are looking to build apps for, with VenueNext having already launched an app for Levi’s Stadium, home of the San Francisco 49ers. The app also offers rapidly delivered replay videos for fans who miss anything, but the most innovative feature deals with one of the simplest human needs – it tracks real time data on how long the line to use the bathroom is, empowering sports fans to make tactical choices about when to take a break from the game.

While some IoT implementations are enhancing the entertainment factor of sport, others have much more serious goals -The Boston Marathon is at the forefront of taking a technology-led approach to medical care for runners. For the last marathon they worked with Boston Emergency Services to produce a data map of the course, and combined this with ‘smart’ race bibs that medical personnel could scan when providing treatment. This data was instantly fed to the medical co-ordination team allowing them to see in real time where the most medical personnel were needed, and to redirect patients to alternative medical facilities if one was getting particularly overwhelmed. They’re hoping to expand this service in future years to include each runner’s medical history data on the bib, enabling emergency staff to instantly make smarter and safer decisions on treatment options once they’re scanned.

Elsewhere, a lot of people are seeing the Internet of Things as the best hope for reducing the very serious damage done by concussions in American Football. It’s proving a controversial issue, with the NFL suspending a trial programme last year, amidst concerns from the league itself and the players union. The hope is though, long term, that data will be captured that accurately and instantly records how hard and exactly where on the head a player has been hit, feeding that data to team staff and medical personnel, notifying coaches of when a player needs to be taken out of the game and giving the medical team information to help them deliver the best possible treatment as fast as they can.

Are there any other IoT/sports projects out there that you’re excited about? In what ways do you hope to see the IoT used in the sports space? I think we’re in the very early stages of this field’s development and I can’t wait to see what effect new innovations will have on my favourite pastime.