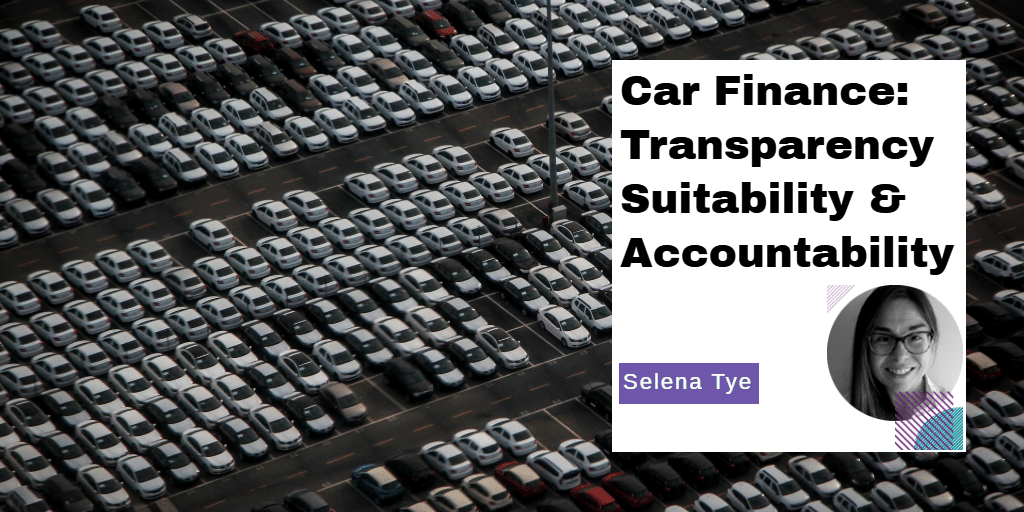 Speculation is mounting that the car finance industry could be heading for its own mis-selling scandal as fears grow around the way in which Personal Contract Plans have been sold.

Recent reports show car dealer Lookers facing large scale mis-selling allegations as more details emerge about the FCA investigation announced in June. One of the UK’s biggest car dealers, Lookers staff are alleged to have failed to comply with their regulatory obligation to offer an alternative to personal contract plans, as well as failing to comply with “cooling off” periods following the sale of “gap” insurance. There are also allegations that the business used brokers to lease cars and those brokers may not have complied with lending regulations, failing to carry out proper checks on if buyers could afford the products they were being sold, or even if they understood the contracts they were signing.

Why are Personal Contract Plans so controversial? With a PCP, the customer pays an initial deposit and then a set monthly fee. The dealer sets a Guaranteed Minimum Future Value for the car, which represents the minimum amount the car will be worth at the end of the contract. At the end of the contract, the customer can return the car and end the agreement, begin a new PCP for a new car or pay a “balloon payment” to take ownership of the car – with that balloon figure representing the difference between the value of the car and the amount the customer has already paid. That may sound fairly reasonable, but there are multiple possible drawbacks to PCPs. Firstly, the part of the PCP relating to the balloon payment is an interest-only loan which is not paid down during the contract-  interest charges pile up fast and anyone using a PCP then paying the balloon payment will have a much higher interest bill than if they had taken on the same car through traditional hire-purchase. Second, many dealers have referred to the difference between the car’s actual value at the end of the contract and the original expected balloon payment value as “equity” or “profit” when talking to customers – when really this is just the money the buyer has already paid to cover depreciation.  In these cases, the buyer has borrowed more money than necessary and paid more interest than needed to cover the cost of depreciation.

While Lookers is the most high profile example so far, they may well be the canary in a much larger coal mine. The National Association of Commercial Finance Brokers has recently warned that many buyers could have been misled by car dealers, with the complex nature of PCPs being exploited by some dealers to make drivers believe they are getting a better deal than with a traditional hire-purchase arrangement. The NACFB has highlighted that the structure of PCPs can result in some paying much more interest than on hire-purchase arrangements, even if the APR appears to be the same, and the NACFB believes that at the moment many dealers are not making this clear to customers when offering PCP loans, which could potentially form the basis of a mis-selling claim.

If a legal basis for a mis-selling case on PCPs can be established, this could be the beginning of the car finance industry’s own PPI-level problem, with PCPs having been sold in huge volumes to both individuals and businesses. We know that motor finance has become an area of regulatory focus this year and we’re expecting this to continue into next year, in what could be the beginning of a sea change for the sector.

The FCA’s March 2019 final report on Motor Finance has highlighted potentially huge problems with “Increasing Difference in Charges” and “Reducing Difference in Charges” commission structures – and has found that as many as 95% of independent dealers, franchise dealers and online brokers are using them. Increasing DiC and Reducing DiC commission structures can incentivise brokers to arrange higher interest rates on their customer’s finance, with the amount of commission earned increasing in relation to the interest rate the customer is charged. The March 2019 report sets out that it is the responsibility of lenders to show that differences in commission given to their brokers are based on extra work being done. Consumer Credit Sourcebook rules are being tightened and there is widespread speculation that the FCA will look to ban I/R DiC commission completely, with estimates that these commission incentives may have lead to consumers being overcharged by £300 million every year.

Kind Consultancy is currently working with a number of motor finance firms providing Compliance Support, Complaint Handling and Collection Advisers.  We have extensive experience of supporting Financial Services businesses through regulatory changes and a pre-qualified bench of top-tier contract Governance, Risk, Compliance and Complaints experts who are available at short notice.

Whatever your organisation’s needs within this space, you can contact me on 01216432100 or selena@kindconsultancy.com for a confidential discussion and we can build a bespoke solution tailored to your business.

To read all of Selena’s pieces on Motor Finance, click here